Summary: In Jeff Hirsch’s novelThe Darkest Path, In a dystopian version of America’s future,  Callum Roe, a sixteen- year-old former child soldier struggling to survive in the midst of the Second American Civil War, which is between the Glorious path who wanted total control over America, and the U.S federal army who wants to restore peace and is the remainder of America’s army. Callum and his brother (James Roe) were taken away from their family 5 years ago and were forced to serve in the Glorious Path, but when Callum finds out what is in store for them in the future, he escapes into a long and tiring journey to seek his long-lost parents with the odds of survival stacked against him. Sadly, his brother James doesn’t believe him and decides to remain in the Glorious path. Along Callum’s 2,147 mile journey from Arizona to New York (location… 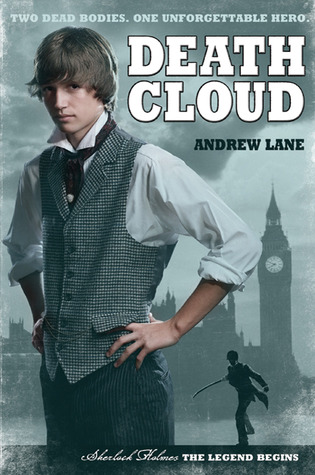 Death Cloud is the first book in the “Sherlock Holmes: The Legend Begins” series; I previously reviewed Rebel Fire which I read out of order. Having read this book makes the first few chapters of Rebel Fire a bit more meaningful. Anyway, this book introduces us a  14 year-old Sherlock who is an outcast at his boarding school, mostly because he is smarter than everyone else – including some of the teachers who resent him. He is looking forward to going home for the Summer of 1868 when his brother, Mycroft, shows up and says their father is on his way to India, his mother and sister are too ill to look after him for the summer and he, Mycroft, is too busy with work. So Sherlock gets booted to a distant relative of the family where he thinks he is going…